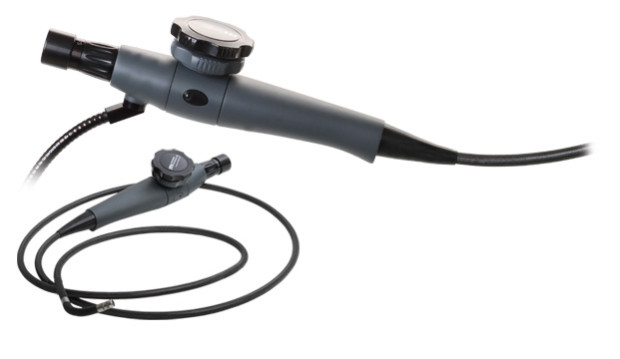 ITI’s patented articulation control results in a smooth response and users can incrementally control the tip, allowing for precise positioning and reducing operator and instrument fatigue. The fiberscopes are built with superior body design including comfortable grips, impact resistance, and have been successfully tested over 200,000 cycles with no degradation in the original articulations specs. Designed for one-handed operation, using either the right or left hand, users have fingertip control over articulating knobs and ratchet locks.

Series 127000 Fiberscopes are not only the best looking but our dedication to quality insures that they are also:

Unparalleled Articulation Performance
ITI’s patented articulation control results in smooth scanning with immediate, positive response: only ITI fiberscopes allow the operator to rotate the articulation control knob to a specific position, release the knob, and have the tip remain in position reducing both operator and instrument fatigue.